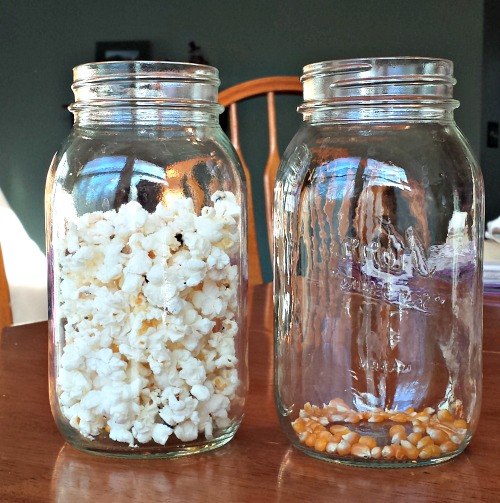 Last year, I shared a list of 100 Ways to Count to 100 and in the post, I mentioned using popcorn as one of the items.

You get a lot of questions :)

So I thought I would share the details of the Popcorn Math/Science Experiment -- it's a great way to introduce kids to the concepts of volume and states of matter plus it's downright YUMMY! 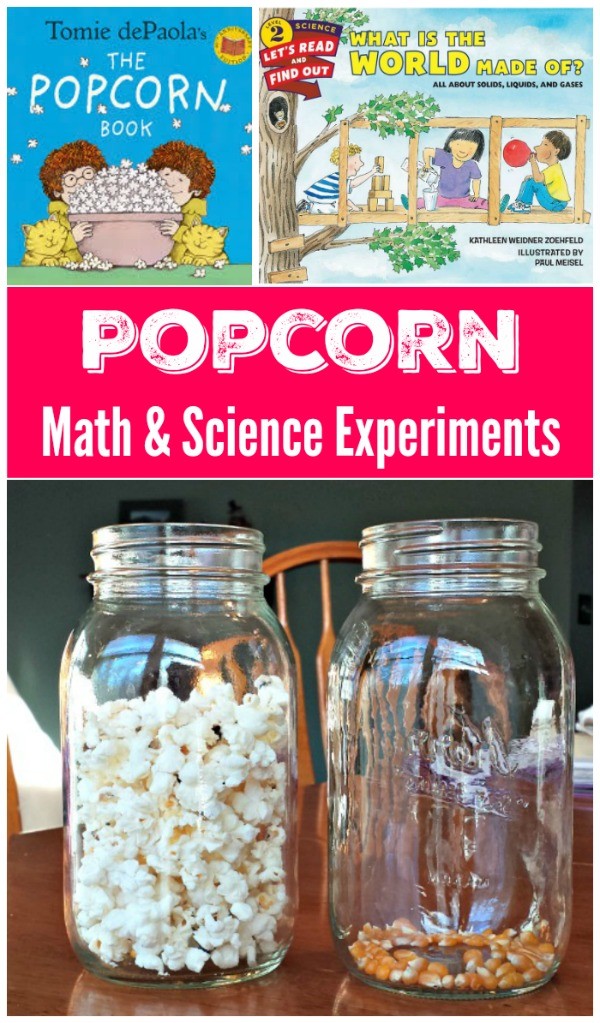 Seriously, no matter how much they say "I don't like math!" or "science is boring", no kid can resist popcorn!

You'll need a few things for this experiment; we've included affiliate links for some of the items we mention -- and it's the perfect way to tie science & math to an after school snack ;)

Supplies for the Experiment:

If you're looking for a few good books to go along with this activity & experiment, I would recommend The Popcorn Book for lots of fun facts about the popular snack

And What Is the World Made Of? All About Solids, Liquids, and Gases (Let's-Read-and-Find-Out Science, Stage 2) if your kids have questions about matter and it's various states.

First, have your kids count out 2 sets of 100 kernels.

This alone is a great math activity --

Put 100 unpopped kernels in one of the jars.

Then pop the remaining 100 and put them in the second jar.

Note: you might want to pop 110 kernels or so and then have the kids count out 100 (you know how all the kernels never seem to pop the first time ;). 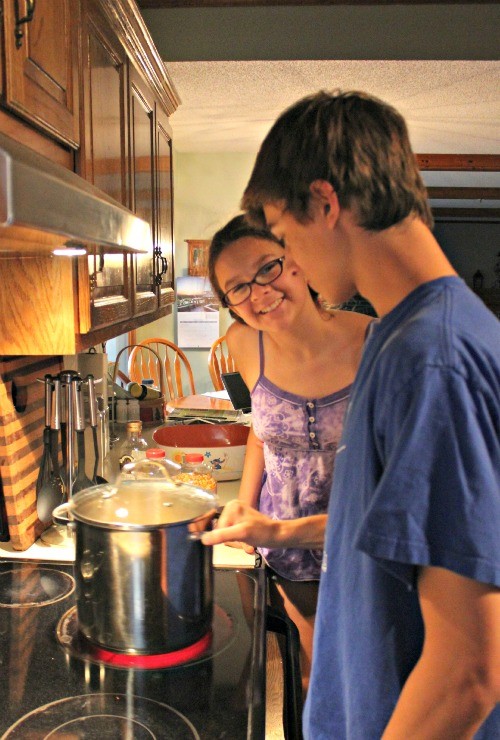 How to Make Popcorn

Just in case you've never popped kernels like this (I know many families enjoy the convenience of microwave popcorn), there are two ways you can make popcorn:

You can also use a Hot Air Popper

but I don't have much kitchen storage for one so we just cook ours on the stove ;) 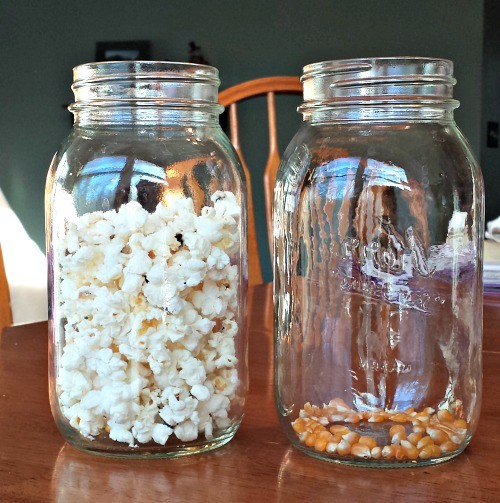 The first thing we can explore is the concept of volume.

Volume is the amount of space occupied by an object.

Both jars contain 100 popcorn kernels -- however, the kernels in the popped jar clearly take up a larger volume of the jar.

Same item and number of kernels but when you pop the kernels, they each expand and take up more space.

Ask the kids what other items might also have the same outcome.

A hint:  something you blow up at a party -- balloons will have the same result!  When deflated, they will occupy less space than when they are inflated.

Which brings us to the next concept ...

All things on earth are made up of matter.

Matter is any substance which has mass and occupies space.

Now sometimes, we can actually chance the state of matter (or change it's form) -- we can do something to make it look different.

For example, you can freeze water and create ice.  Water is a liquid, ice is a solid -- thus, freezing has changed its state.

With a physical change, the size, shape or color of your substance will change.

By adding heat to pop the kernels, we have changed the physical state of the popcorn -- meaning that it looks different than when we started.

In this case, it's a permanent physical change as we are not able to return to the original kernels. (see Natasha's comment and the discussion below for more on this!)

This is not true with our balloon example above or the freezing of water -- balloons can be deflated and returned to their original state and ice can be melted and returned to water.  So in these two examples, there is no permanent physical change that occurs.

Many people ask "Why is popping popcorn a physical change and not a chemical change?" -- especially when face with the fact that you can't go back to its' original state of matter.

Let's take a look at the idea of a chemical change --

Chemical changes alter the atoms of a substance.  Bonds between atoms are broken, new bonds form and this results in a new substance.

After popping popcorn, we still have the same substance - just in a different state (kernel vs popped).  When the popcorn is in a kernel state, there is a small amount of liquid inside -- as it's popped, the liquid is heated, released and the kernal changes form.

This is very different from say, baking a cake.

When you mix ingredients for a cake and then add heat, you are creating a chemical reaction -- the baking powder in your cake is heated and changes to a gas.

Quite a bit of what we do in the kitchen results in ONLY a physical change of matter:

Not bad for some tasty learning, huh!

Ok, time to pop the rest of those kernels and have a snack :)

Does your Food Sink or Float?  {physics & density for kids}

Create Your Own Gong! {science of soundwaves}

How Much Water is in Snow? {evaporation & weather science}

How does a Leaf Breathe? {photosynthesis & transpiration}

20 Science Activities You Can Do In a Jar